This article is the second in a series of reviews of prominent organs in various locations throughout Edmonton.

During the late 1970’s and early 1980’s, Edmonton’s music community underwent a Baroque revival movement. During this time, the Alberta Baroque Ensemble was founded by Paul Schieman and continues to perform to this day; their primary venue is Robertson-Wesley United Church, the location of this article’s featured organ.

During this Baroque revival, several organs were installed in Edmonton that harkened back to the original German and Dutch organs of the 1600’s and 1700’s. Spurning modern innovations and conveniences, these organs favored the traditional tracker mechanism.

The RCCO held a convention in Edmonton in the summer of 1979 and the new organ in Robertson-Wesley was intended to be the convention’s showpiece. Built by Gabriel Kney of London, Ontario, the organ replaced an earlier Casavant instrument that had been in service since 1956. It was formally dedicated on Sunday, September 16th 1979.

With proceeds from the convention, the Sundays at 3 Organ Concert Series was established. Eventually renamed OrganIC (Organs In Concert), the series is the longest-running organ concert series in Canada.

The organ is housed in a free-standing case more than two stories in height, with the mechanism and pipes accessible on all four sides through removable panels and doors. The stunning neo-Baroque façade, constructed in red oak, is designed to highlight and complement the interior architecture of the church. The mechanism is 100 percent mechanical (tracker); the only electrical components of the organ are the blower motor and the lamp above the console.

The 36 stop console has three manuals and a full pedalboard, with mechanical couplers and a complete absence of pistons or automated aids beyond a few “on-only” trumpet and reed stop assists. 2,750 pipes are made of metal or wood, and range in size from ¼ inch to 8 feet, are arranged in three manual divisions (Brustwerk, Hauptwerk, and Oberwerk) and two flanking pedal towers. All pipes are functional, none are merely decorative.

Tonal design is by Bruce Wheatcroft, tone finishing and voicing is by Gabriel Kney. The organ had a revision of pedal reeds in 1988 but has been unchanged since. It is maintained by Warren Mack of Edmonton and bi-annually by Leslie Smith of Fergus, Ontario. 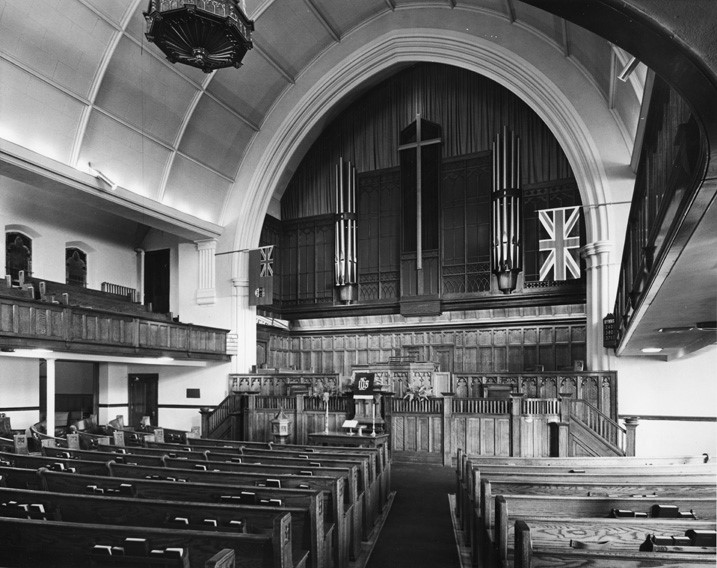 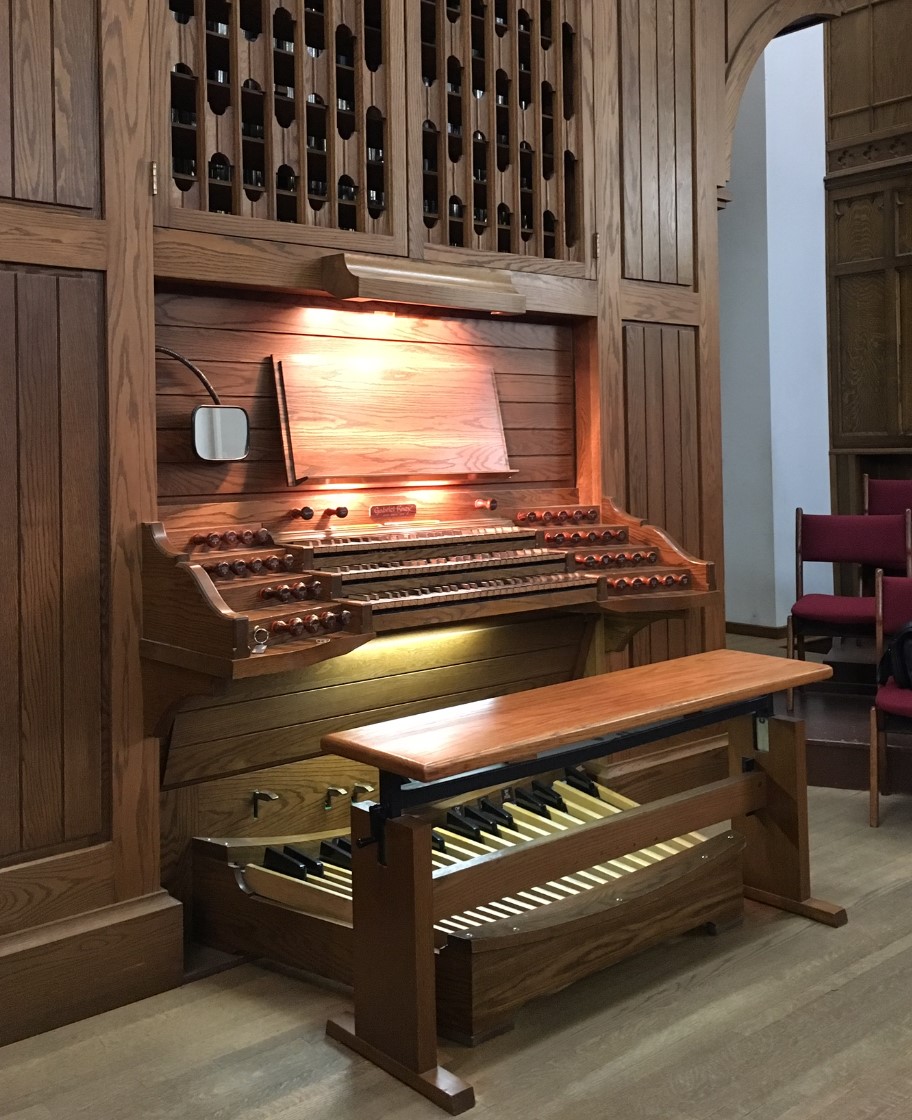 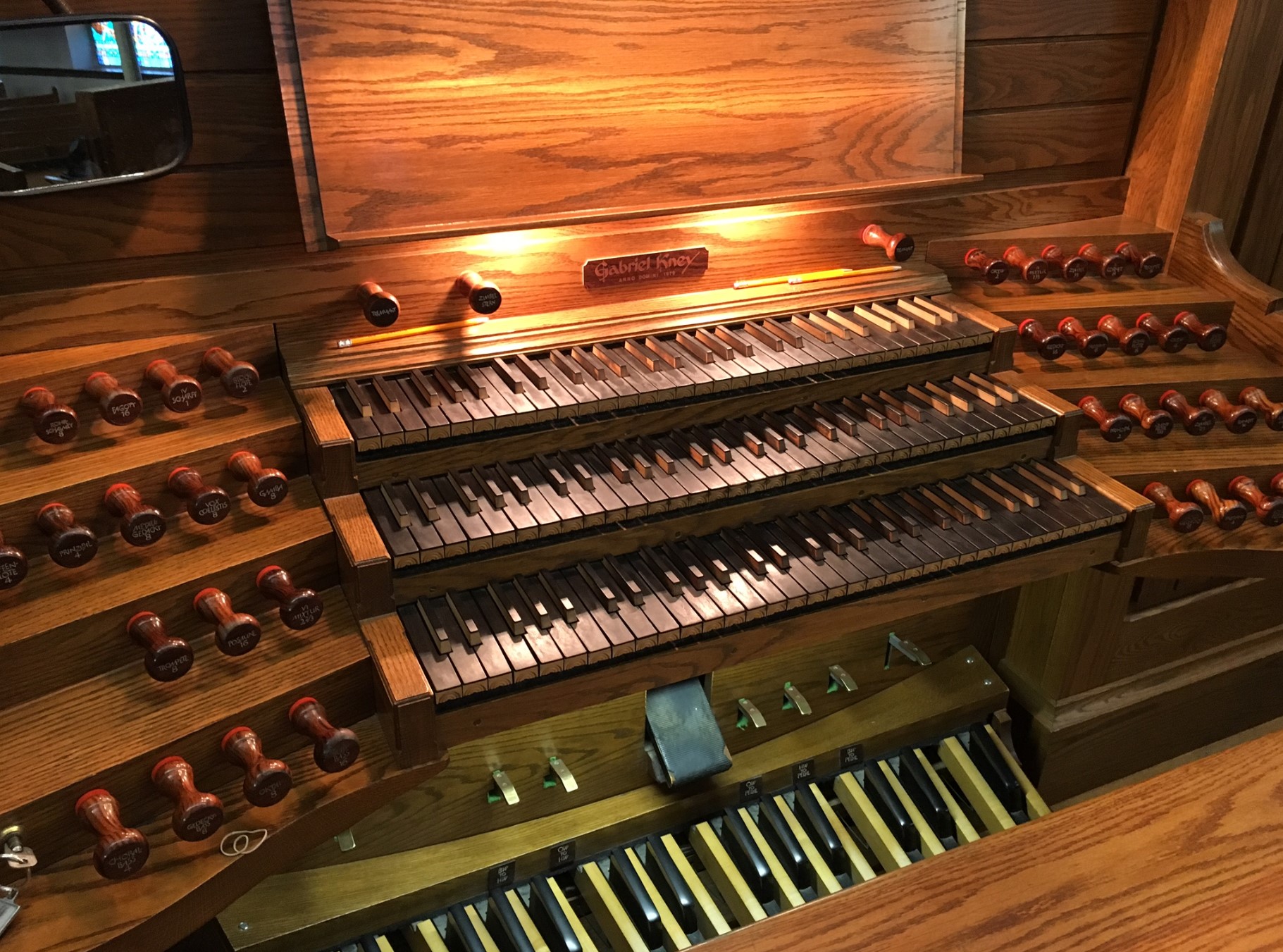 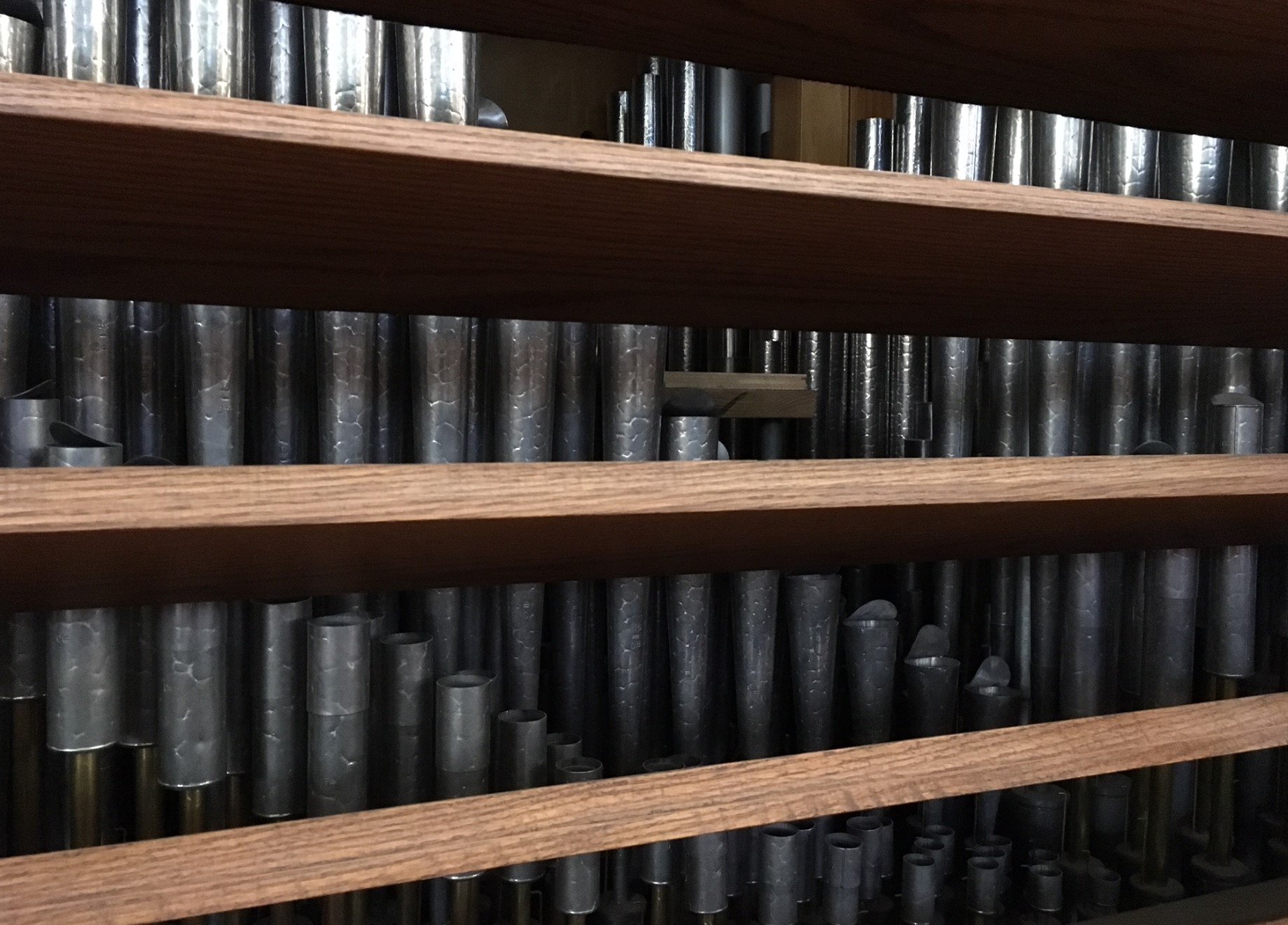 Figure 6 Pipes in the Brustwerk 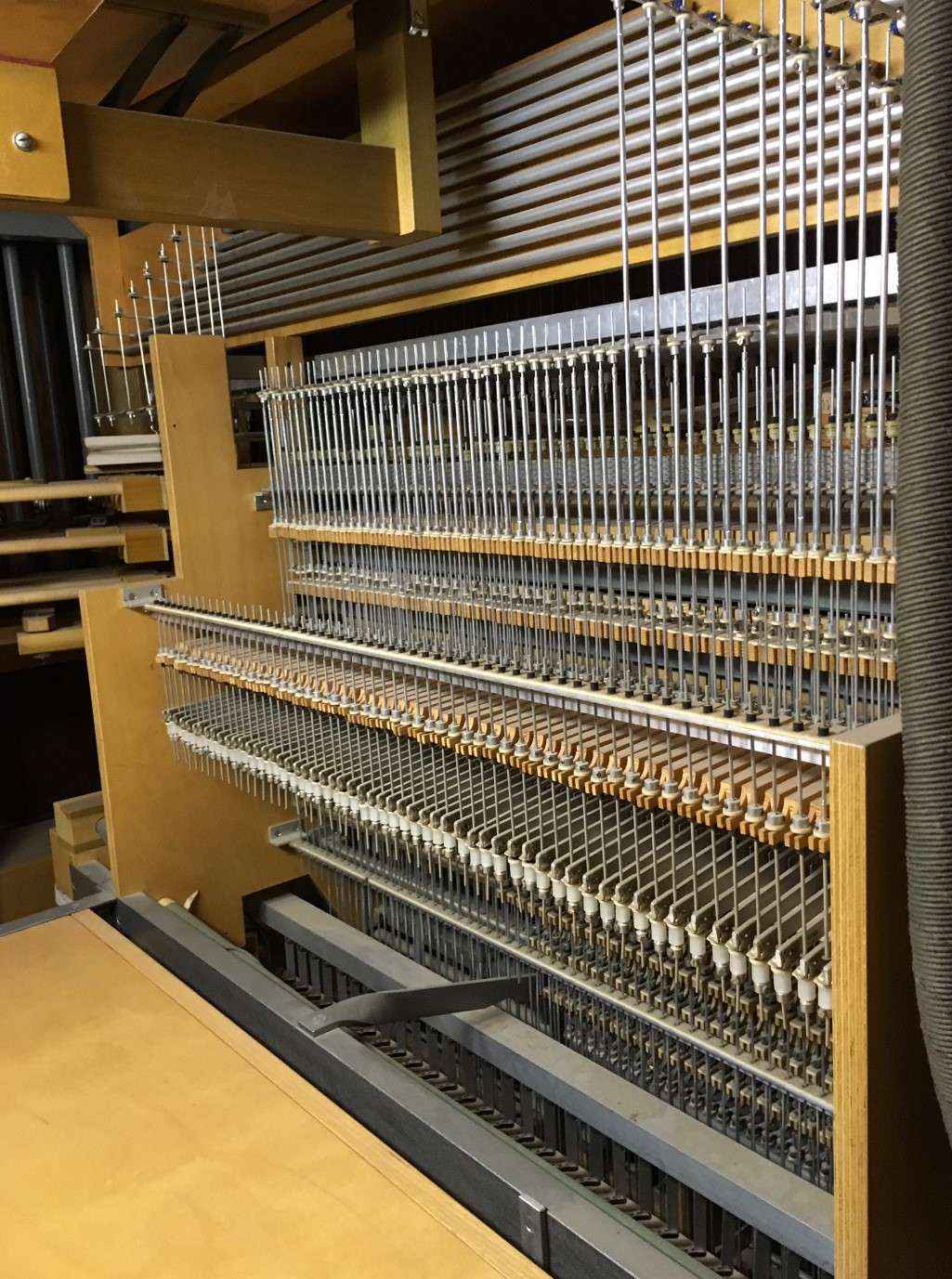