Edmonton has been blessed with some of the most amazing pipe organs in the country. The Casavants at Convocation Hall at the University of Alberta, Holy Trinity, First Baptist and All Saints Anglican; the Letourneaus at West End Christian Reformed and, of course, the Davis Concert Organ at the Winspear Centre for Music, have hosted local, national and international artists, helping to put Edmonton on the map.

The Casavant at First Presbyterian Church downtown, one of the oldest organs in the city, is the first instrument to be profiled on our new webpage on Edmonton pipe organs.

Vince Anderson, a new member of RCCO Edmonton and our membership chair visited First Presbyterian and wrote this, our inaugural profile.

In 1951, the organ had a major overhaul; the console was replaced and the non-functioning carillon was removed. In 1963 a new chime stop was added.

By 2005, another major overhaul was due, and in 2007 the organ was modernized. The wind system was re-leathered, new chambers and reservoirs were installed, and a completely electronic control system brought it up-to-date. 317 new pipes were installed. A new electronic 32-foot pedal stop was added.

The organ at First Presbyterian Church has become a popular venue for organ and choral concerts, special services and student lessons in addition to its’ regular Sunday worship duties. 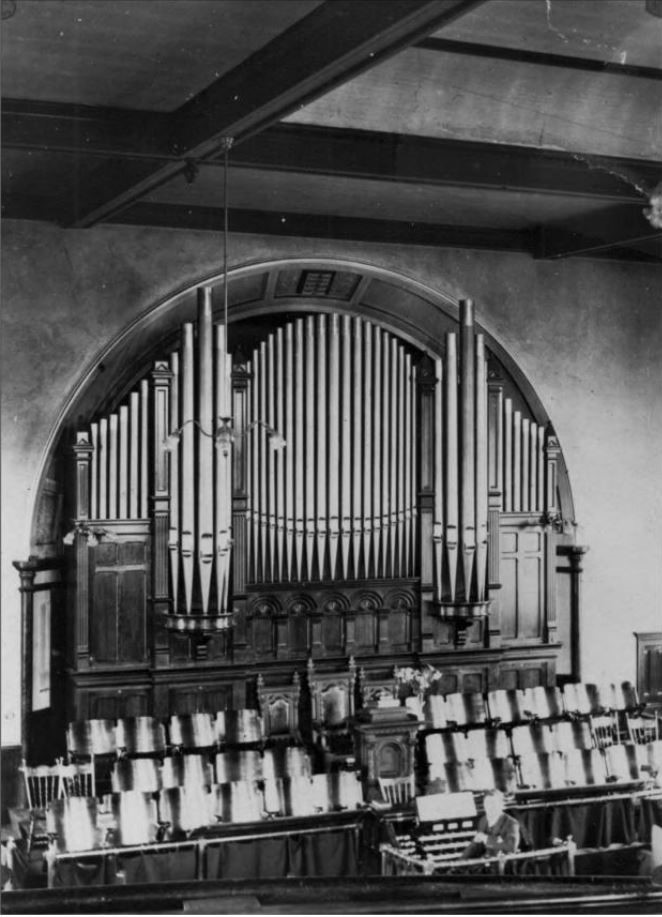 The organ in its original 103 Street location. 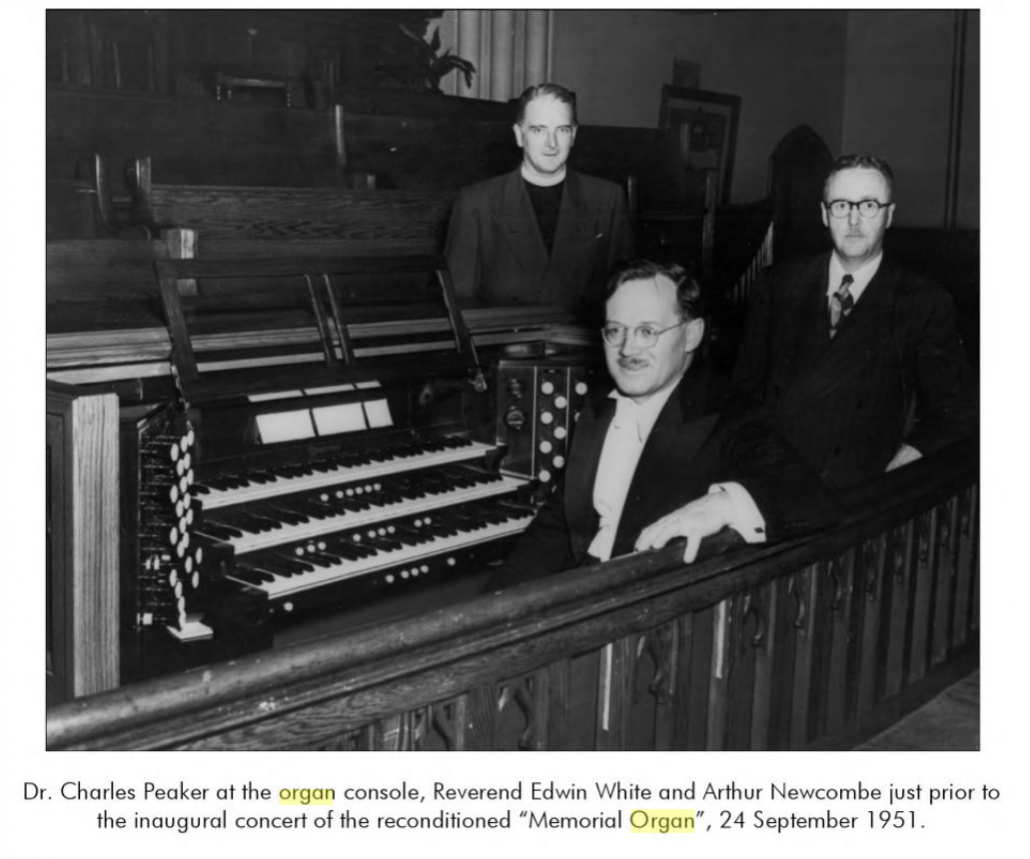 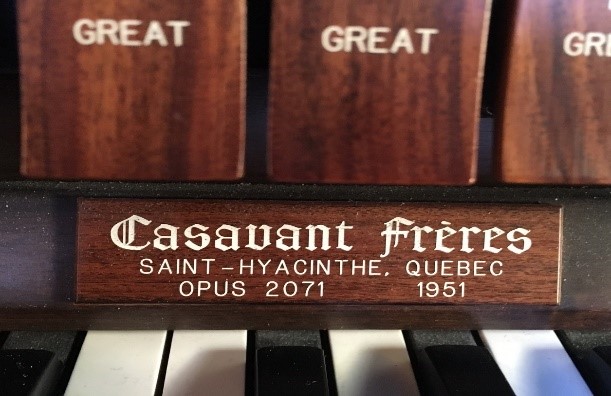 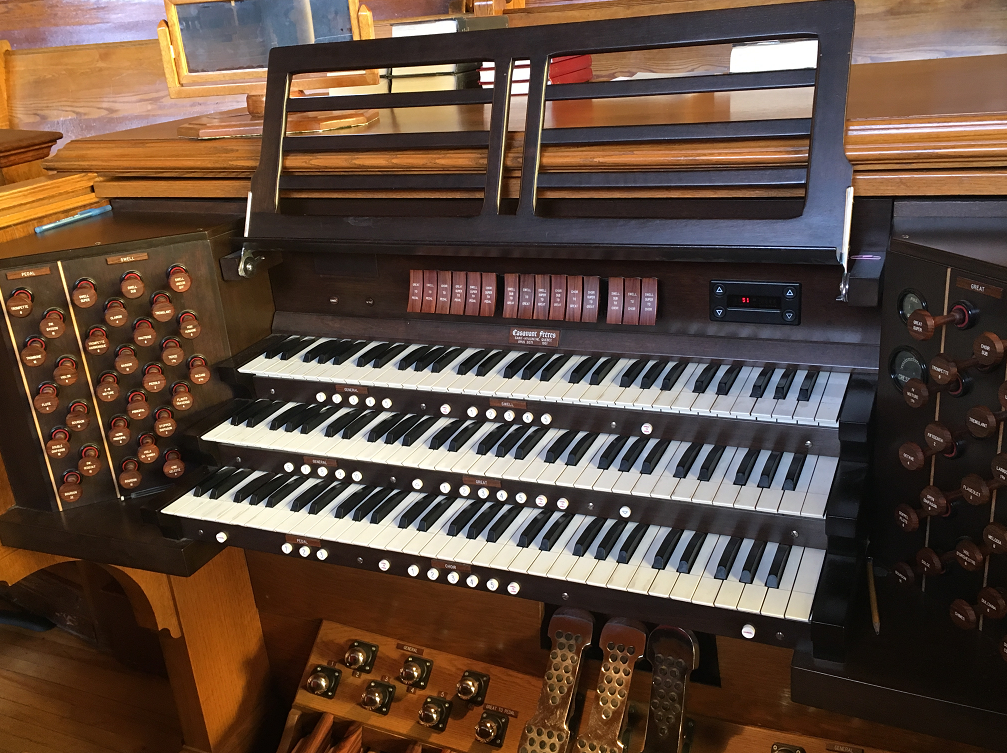 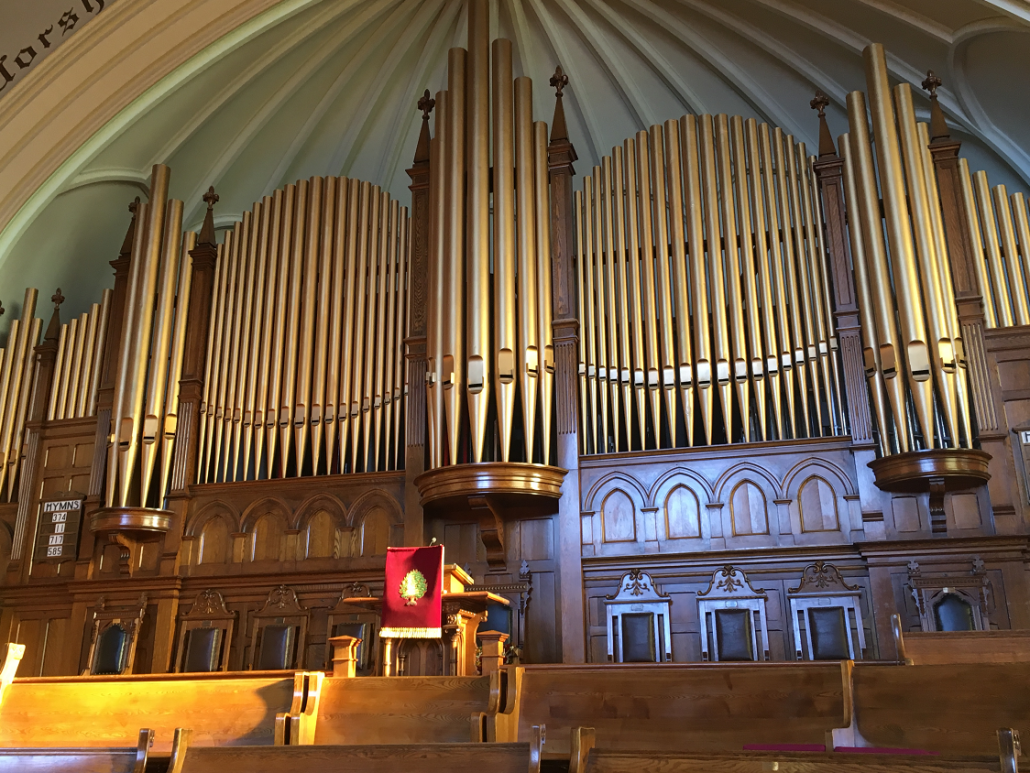 Front view of the Organ Case 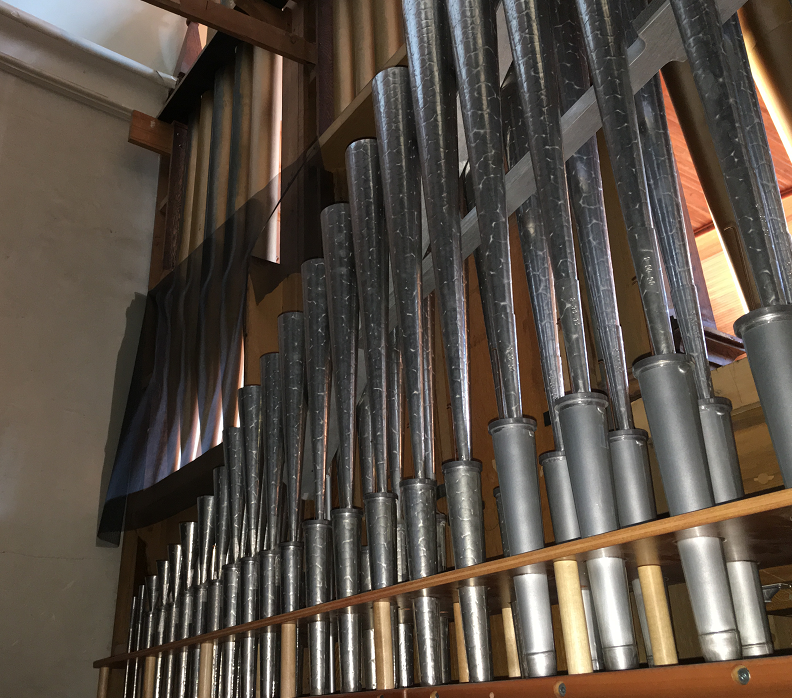 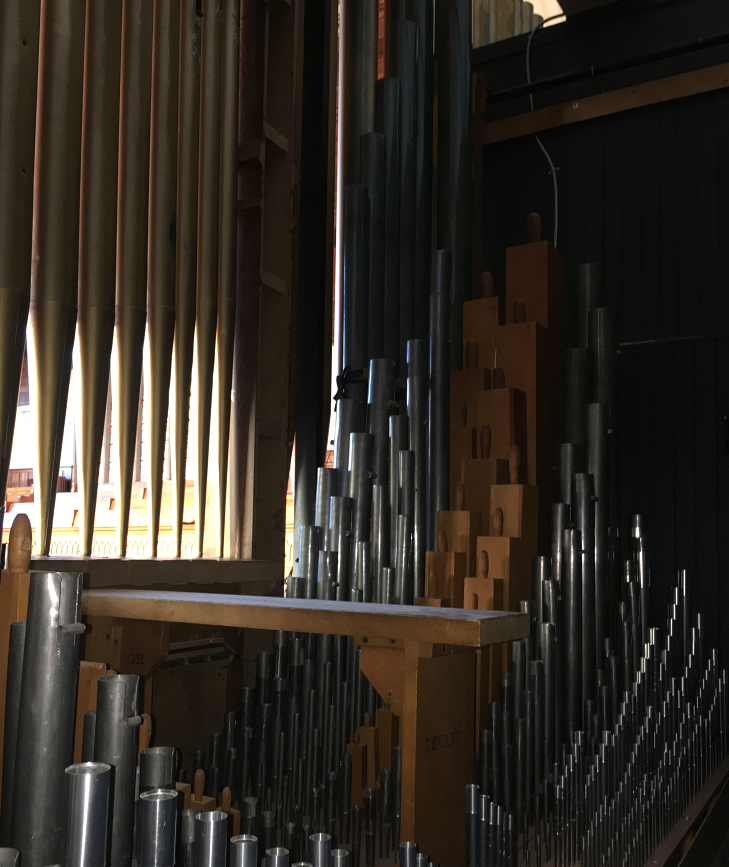