In September 1997 when the Winspear Centre for Music opened, crowds were wowed when they entered the state of the art, near acoustically perfect performance hall. All eyes were drawn to the stage and the curious ‘hole’ in the back wall. Many could see a pipe organ in that niche.

Five years later, that dream came true with the inaugural concert of the Davis Concert Organ.

Built by Letourneau Pipe Organs/Orgues Letourneau Limitee, the organ, entered the realm of possibility with a $2 million gift from Dr. Stuart G. Davis in memory of his late wife, Winona.

With 96 stops, 122 ranks, 6551 pipes, 256 levels of memory and a case of solid oak, The Davis Concert Organ is one of the largest pipe organs in Canada and a much sought after instrument in the international organ community. The organ is showcased by RCCO Edmonton in their annual concert series Organic – Organ in Concert.

Some other interesting facts about the Davis are:

An endowment fund ensures maintenance and upkeep on the organ and helps support musical performances involving the Davis Concert Organ. 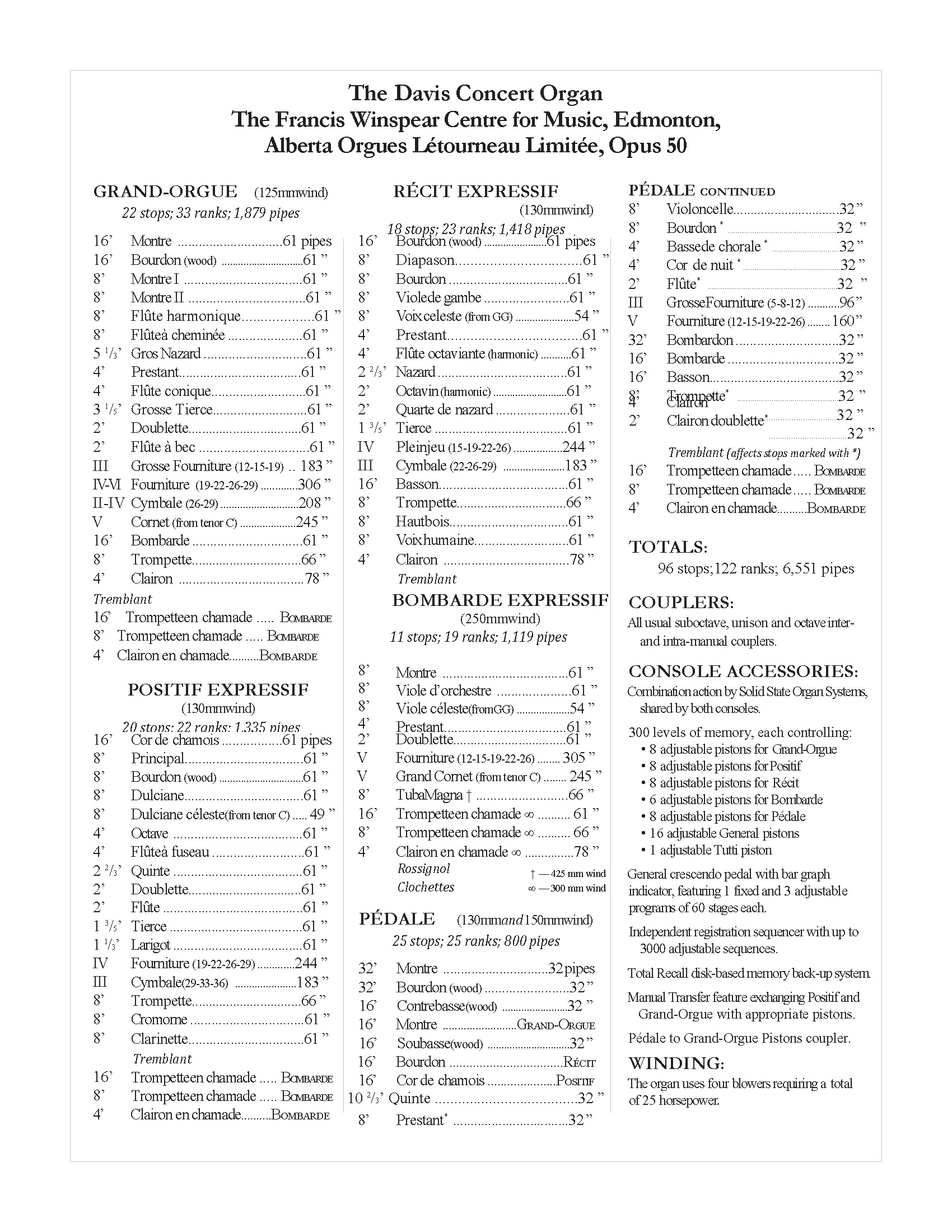 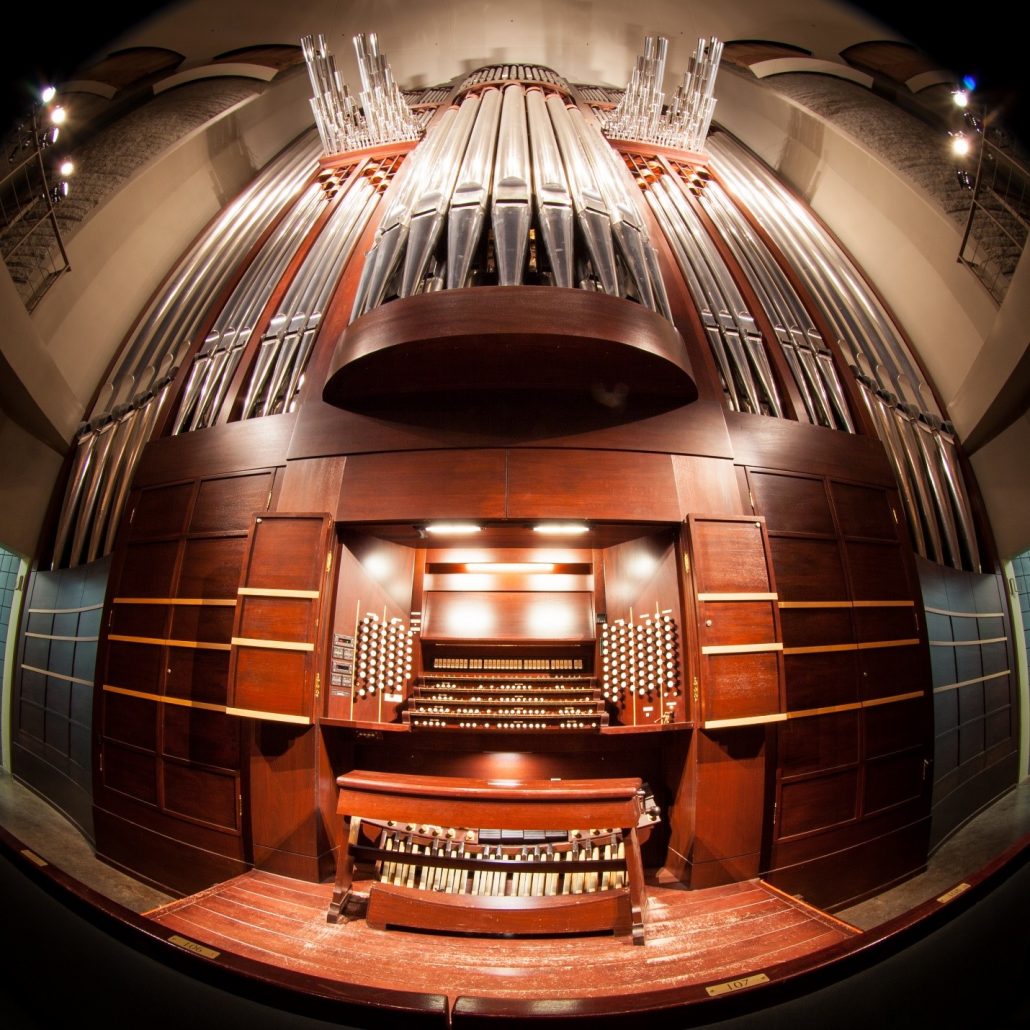 A Panoramic view from behind the main console 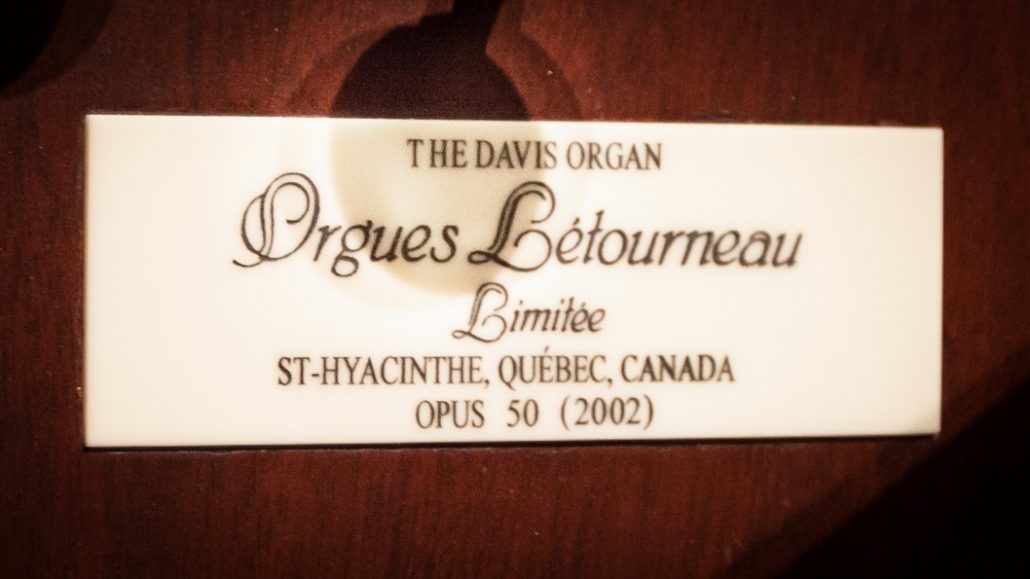 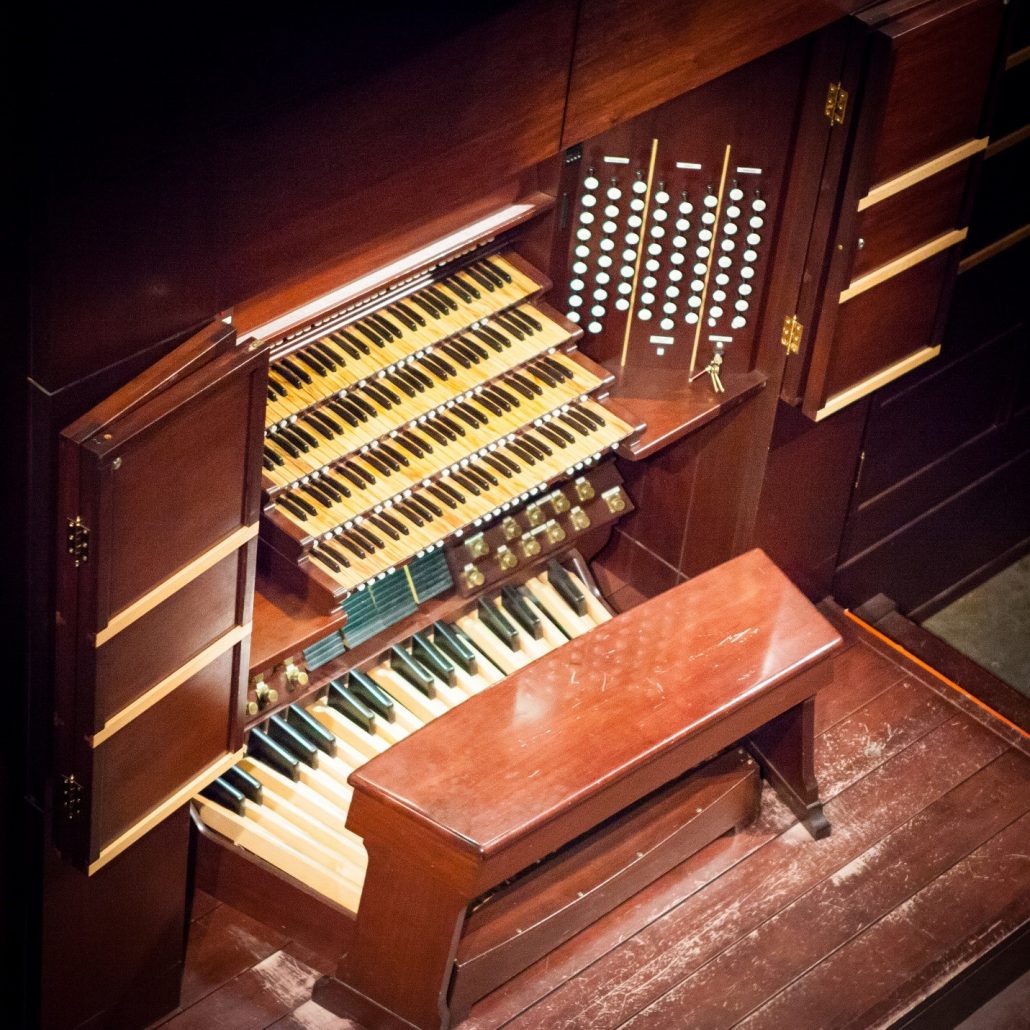 The organ console from above 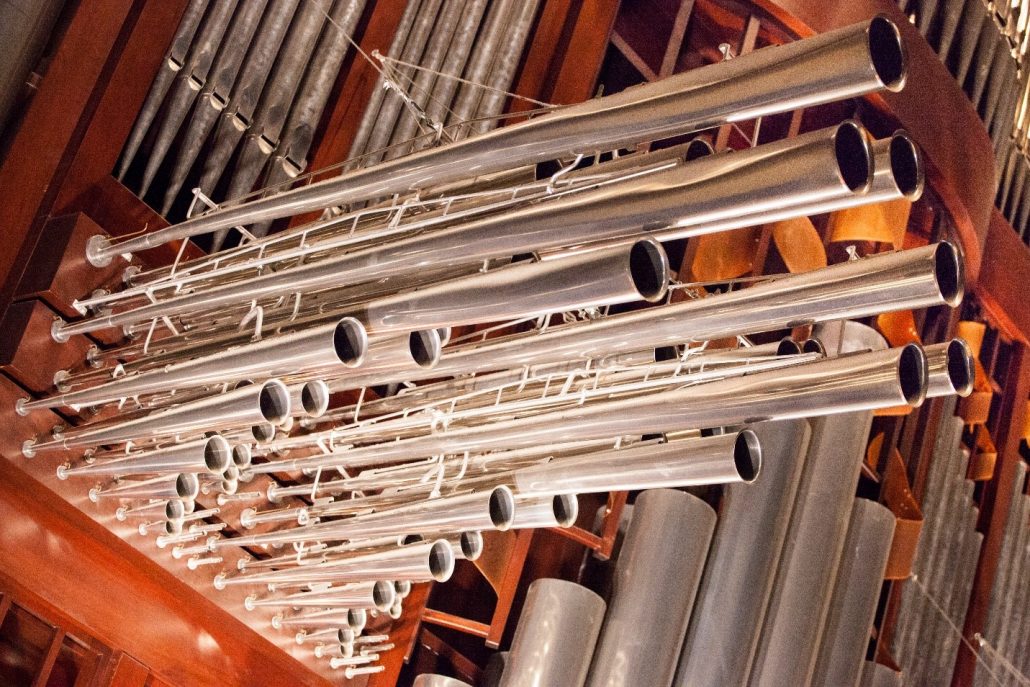 Detail view of a transverse rank 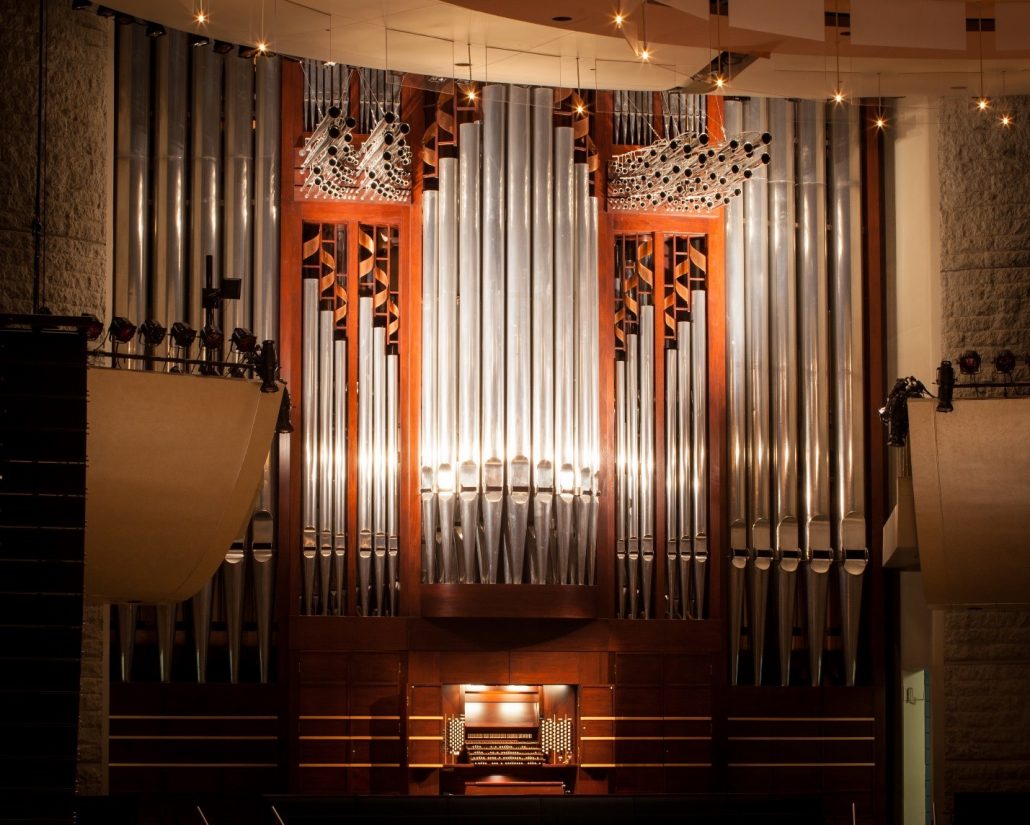 Front view of the console and case 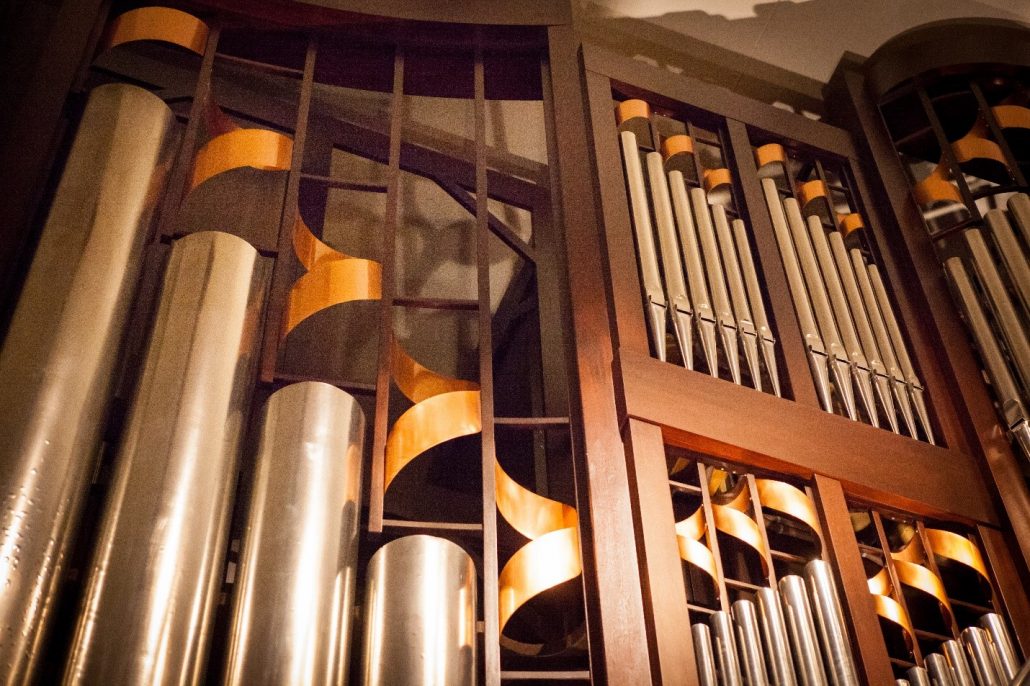 Detail view of the large pipes and decoration